Day 2 and 3
The selected editor codemirror is not enabled. Defaulting back to codemirror.

By accepting you will be accessing a service provided by a third-party external to https://www.hisgardenofgrace.com/

So sorry I haven't gotten to post daily with our Advent(Cheer). We went to Kennedy Space Center to see the launch of Orion, then it was scrubbed, so we came home, and drove back up, and I am still sleep deprived! I feel like I might never catch up!

For day 2, we ate at our regular Taco Tuesday at Tijuana Flats in Wellington. They feed us every week, so we decided to take them some goodies which included homemade fudge and cookies and hot cocoa mix) and a card thanking them for serving us. They were so grateful and I think they enjoyed it very much. 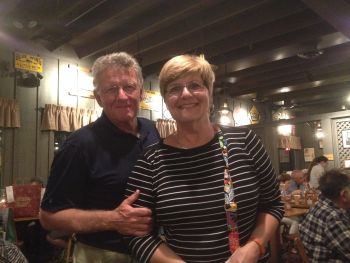 Day 3 we spent at Kennedy Space Center. Originally I had planned to just purchase someone's admission ticket, but Don had a better idea. We went to Cracker Barrel for dinner, and purchased three gift cards of $10.00 each. Then we randomly (very randomly) chose three people (two couples and a single gal) to give them to.

The first couple were just finishing up when we approached them and told them our family had chosen them to bless. They were very gracious, and as we chatted, we found out that he works for Kennedy Space Center and had to be back to work at 1:00 AM, and we told him we would see him there! 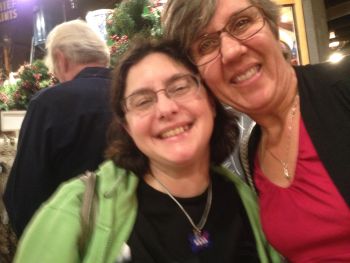 We chose a single gal who was in line to pay for our next gifting. She was in for the launch, and said she loved this kind of thing, and would definitely pay it forward. 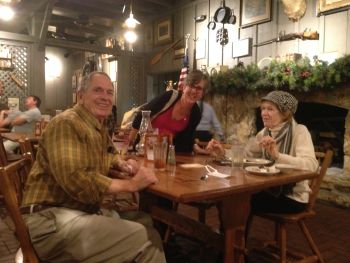 For our last gift, we chose an older couple. As we chatted, we found out that they were snowbirds, and had driven all the way from Connecticut in the last two days, and still had a couple of hours left to go to get to Vero Beach. They were in their seventies, and were so kind, and as we chatted, we found out they had been coming to Florida for many years, but before that, they lived in a motor home traveling around the country to see whatever they could see. After a few years, Peggy (the wife of many years) decided she had had enough of the earth moving under her feet, and wanted to put down some new roots. So she put her foot down in the north, and there they settled down, sold the motor home and that's were they've been ever since. Except for the winters. It is just too cold, they said.

It was so much fun to share Christs love with these folks. Jesus said, "Whatever you do to the least of these, you do it unto me." No act of kindness goes unnoticed by Him. And He promised that we would get more out of giving than receiving. We all know the joy that comes from giving a gift that the person loves. And it is even more fun, if it is unexpected. This is what is happening. And people see the love of Christ, whether they recognize Him or not. So we go and give. Our own personal advent(cheer). Maybe you could start your own. Let me know! Let's start a movement!!

We actually missed Day 4, and had a birthday on Day 5, so tomorrow I will catch you up on Days 6, 7, and 8. And it is not too late to join in the fun! Choose your own advent(cheer) and link up with us. Can't wait to see what you do!

Leslie Kelly has not set their biography yet

No comments made yet. Be the first to submit a comment